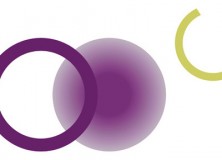 Every week the British Interactive Group (BIG) (a skill sharing network for science communicators) have a competition among their members on the mailing list to explain a phenomenon in 50 words. This is known as the “Friday Phenomenon” and the person who does the best job at being both informative and engaging with such a small word count inherits the job of deciding what the next “phenomenon” will be. A couple of weeks ago I had the honour of being that person and the question I asked people to answer in 50 words (rather predictably) was:  “How did structure evolve in human language?”

I thought you’d enjoy reading the entries and remember, these people are professional science communicators, not linguists!

How did structure evolve in human language?

Because there are no records, it is hard to say how human language formed.

It was doubtless linked to the evolution of the brain.

Structure gives context to words, increasing the amount of information they carry. This was an improvement on less meaningful assemblies.

“[Elk herd], [sunrise direction], [half day away]” is fine for the present.

To change the future, nouns must verb.

Communicating the difference between run towards and run away is a evolutionary advantage…. especially if the object is a lion. Those who don’t understand fairly rapidly leave the gene pool.

Plus as group sizes increase communicating “what his Autie Uga did to our cousin Ogg” leads to grammar, or frustration.

Lexical/sexual selection (sexical selection?) Structure in language has evolved to increase the success of obtaining mates. Conspicuous lexical traits – such as pronounced punctuation, increased vocabulary, or striking sentences increase the attractiveness of humans. This can be seen in the apparent mating success of musicians, comedians and moody writers.

I decided that Sam won because of the invention of the process of “sexical selection”.

9 thoughts on “Language Evolution in 50 Words”