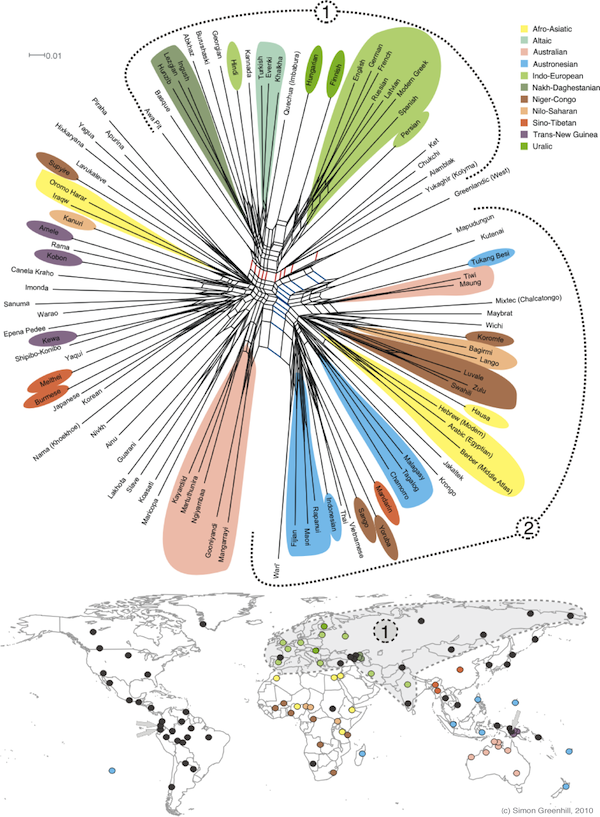 “A network showing the relationships between 99 languages across the world. This network is built from structural information about language properties (phonology, morphology, grammar and lexicon). The length of the branches is proportional to the amount of divergence between the languages, and the box-like structures on the network show conflicting signal due to borrowing between languages and chance similarity.” (Taken from Greenhill et al., 2010)