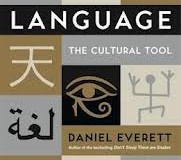 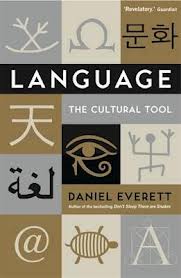 The 20th anniversary special commemorative issue of Pragmatics & Cognition features a number of interesting articles which comment on linguist Dan Everett‘s 2012 book “Language: The Cultural Tool“. In this book,  Everett, who is best known for his work on the indigenous language Pirahã,  argues for the important of culture and interaction and against the Chomskyan idea of innately specified, specifically linguistic knowledge or architecture. The issue also includes replies by Dan Everett to each of his commentators.

Unfortunately, the articles are all behind a paywall, but the abstracts already make some interesting points.

Raymond W. Gibbs, Jr. and Nathaniel Clark argue that language should not be conceived of as emerging from an ‘interactional instinct’, as Everett does. Instead,

“language use, and coordinated communication more generally, is an emergent product of human self-organization processes. Both broad regularities and specific variations in linguistic structure and behavior can be accounted for by self-organizational processes that operate without explicit internal rules, blueprints, or mental representations. A major implication of this view is that both linguistic patterns and behaviors, within and across speakers, emerge from the dynamical interactions of brain, body, and world, which gives rise to highly context-sensitive and varied linguistic performances.”

Stephen J. Cowley (pre-final version here), while in general agreement with Everett, proposes to reframe Everett’s view of language as a cultural tool in terms of “radical embodied cognitive theory,” according to which

“bodily dynamics themselves act as cues to meaning. Linguistic exostructures resemble tools that constrain how people concert acting-perceiving bodies. The result is unending renewal of verbal structures: like artefacts and institutions, they function to sustain a species-specific cultural ecology. As Ross (2007) argues, ecological extensions make human cognition hypersocial. When we link verbal patterns with lived experience, we communicate and cognise by fitting action/perception to cultural practices that anchor human meaning making.”

“language and languages, rather than being “cultural tools” as wholes are rather collections of tools used in different language games, some cultural or social, some cognitive. […] the coincidence between language and culture is due to the fact that both originate from human nature.”Anne Reboul argues that the claim for a strong influence of culture  on language is “not well-supported by evidence”:

Jan Nuyts questions Everett’s assumption that language is an instrument for thought, which according to Nuyts “is far from obvious.”

discusses some problems and needs for clarification that are connected with the use of the concepts culture, language, tool, and communication in Daniel Everett’s recently published book, Language: The Cultural Tool. It also discusses whether the idea of biological readiness and preparedness for language (rather than grammar) can really be disposed of as a result of Everett’s very convincing arguments against a specific genetic predisposition for the syntactic component of a grammar.

Finally, Anna Wierzbicka tries to make the case that

a basic prerequisite for understanding others (and also for having them understand you) is to have some shared concepts on which this understanding can build. If speakers of different languages didn’t share some concepts to begin with then cross-cultural understanding would not be possible even with the best of will on all sides.

She criticizes Everett’s analyses of the Pirahã language and culture quite harshly:

at many points this stance makes nonsense of Everett’s own data and distorts the conceptual world of the Pirahã. Since he does not want to recognize the existence of any shared concepts, Everett is also not prepared to address the question of a culture-neutral metalanguage in which Pirahã and English conceptual categories could be compared. This often leads him to imposing cultural categories of English (such as “evidence”, “tolerance” and “parent”) on the conceptual world of the Pirahã. The result is a combination of exoticism and Anglocentrism which doesn’t do justice to Everett’s long and intimate engagement with the Pirahã people and their language. Sadly, it blinds him to what Franz Boas called “the psychic unity of mankind”, reflected in the common semantic features of human languages and fully compatible with the cultural shaping of their lexicons and grammars.

Unfortunately, there are no abstracts for Everett’s replies and I don’t have access to them, but this special issue looks like a welcome contribution to the important debate about the relation of language, culture, cognition, and anything in between.

[ Update: I now have access to the issue and the beginning of Gibbs & Clark’s paper is too good not to share

“In his book Language: The Cultural Tool, [Dan Everett] describes his efforts to test native Pirahã speakers’ knowledge of grammar by asking informants to state whether a given string was “pretty” — i.e., the best available word to use given that these informants had no words for ‘grammar’ or ‘grammatical’. When one of his informants, a language teacher, replied that one utterance was indeed “pretty” Everett asked him to repeat the statement, to which the informant answered, “I can’t”. Puzzled by this response, Everett asked why he could not utter the statement, to which the informant replied, “Pirahã do not talk like that”. When Everett then said, “But you said I could say that”, the informant pointed out, “Yes, you can say anything you like. You are paying me”!” (Gibbs & Clark 2012: 241f.)]